Sometimes over the top, cheesy horror movies are just what you need. Sometimes there’s nothing like sitting down and enjoying a good laugh at the expense of a group of people trying to craft a good horror movie and missing the mark terribly. “Girls Gone Dead” goes beyond that, it’s not a guilty pleasure, it’s not funny; it’s simply just a chore to get through.

I set out to write this article on Sunday after Cameron and his brother informed me of this movies’ existence and showed me the trailer because they know of my enjoyment of less than quality horror films. I’m just posting it now because it took me 4 (FOUR!) days to get through this awful piece of cinematic garbage, I had to watch it in 20 minute increments to survive. I even took notes on it as I watched it, it felt more like homework than anything else.

Originally, the article was just going to read aewklnriuowbrwutrb, because watching this movie was almost as dangerous as trying to call Castiel from ‘Supernatural.’

Instead, I’ll gather my thoughts, muster all my courage and attempt to explain to you why “Girls Gone Dead” could be one of the worst movies of all time.

The plot, if you can find it, follows a group of girls as they travel to Florida for some bonding time, they all become one giant blur of whore-dom except for virginal lead Rebecca. She leaves with her friends, upsetting her overtly religious mother and clueless ex-boyfriend as they worry her friends will corrupt her with their less than virtuous actions and behavior. It’s always interesting to see who they cast to play a group of high school girls and casting here didn’t disappoint. Half of these girls look so old and worn out that when the time comes for them to celebrate their fake I.D.’s I couldn’t help but laugh. Also, how hard must it be to act drunk and like a whore on film? Somehow every one of these girls does the exact same thing as they try to out skank one another.

Anyways, unbeknownst to them, a killer is on the loose, complete with war hammer and the same mask the killer wore in that Denise Richards movie “Valentine.”

At the same time the girls are trying to have some summer fun, “Crazy Girls Unleashed” is filming one of their new videos at a mansion in Daytona, Florida. Complete with ‘celebrity’ MC Ron Jeremy and guest videographer “Beetlejuice” (no, not the lovably gruff bio-exorcist) the film crew and its’ antics are largely featured.

Here’s the first problem; you’d think that the group of girls that this film is all about would eventually find themselves at the mansion right? Nope, not once do these two groups interact, creating a massive plot hole and rendering the scenes at the mansion with the film crew as pure exploitation, which, while it has a place in horror movies, is taken to extremes as the “director” continually throws sexist and racist remarks at the girls he’s exploiting with this “Crazy Girls” video shoot. Somehow, the killer gets to the mansion and manages to behead Beetlejuice before disappearing again and ending the subplot before it even really gets started.

Another problem; the film is shot like the music video for “American Idiot” by Green Day as the film occasionally speeds up and slows down in the middle of scenes creates a jarring image that annoys more than is creative.

Third problem; somehow after killing people in Daytona, the killer is able to get across Florida to where the main girls are with a warp speed that suggests the logic and continuity supervisor fell asleep on the job. Normally, I have no problem suspending disbelief with a film in the name of enjoying it, especially a horror movie of the C-grade, but “Girls Gone Dead” had two directors. You read that right; it took two people to push out this turd onto film, which means that they both had to agree on shots and scenes. Two people watched this movie get made, thought it was the greatest thing ever and found absolutely no flaws, so they don’t get the benefit of suspended belief.

Honestly, that’s about it for the plot, and it unfolds about exactly how I’m sure you imagine it panning out. The characters are marked for death from the beginning and it takes about 50 minutes before they even get to the awfully staged and repetitive deaths by warhammer. The production value is pretty low, which is forgivable because hey, Beetlejuice doesn’t come cheap, but that doesn’t excuse the orange tinted blood they all seem to have, or the unusually large quantities of blood every victim spits up in their death scenes.

If you make it to the end and the big reveal of the killer, the list of potential guilty parties is endless, could it be; the creepy gas station attendant, the jealous ex-boyfriend, the religious mom, the stalker ex-boyfriend of one of the other girls who just so happens to be a deputy in the Florida town or even Becca herself, acting with a “High Tension” sort of twist.

Spoiler alert- it’s not the last one, that’s far too clever for a steaming pile like this. Turns out, it’s the religious mom and the religious ex-boyfriend conspiring together, I know, shocking. Even if they all just dropped dead from excessive alcohol poisoning, it would be a more satisfying ending.

The only potential for saving grace is Jerry “The King” Lawler, former wrestler now WWE ring announcer, who appears here as Sheriff in the Florida town “Crazy Girls” is filming in. His involvement in the film’s ending is easily the best part as it almost had me in tears, but he only appears in about 4 of the films 110 minutes so he’s not even a saving grace as much as a mirage.

And that’s the fatal flaw; the film acts as a potpourri of clichés and horror movie formulas but doesn’t add enough of its’ own flavor to resemble anything but a massive failure.

Honestly, there are too many odd things and forehead slappingly bad instances to list (they order gorilla nachos at a little food shack only to find it’s actually a dude in a gorilla suit carrying a tray of chips, a painstakingly bad karaoke scene at said food shack to a song called “Hammersmash,” lines like ‘France isn’t in Canada,’ you get the idea.)

There are many out there who will be more than happy watching it because of all the gratuitous nudity (3 minutes in and a girl had already gone full-frontal and been dismembered in a dream sequence) it features but honestly, it’s not even worth it, why spend the time trudging through this nightmare for five-seconds at a time of topless chicks when, last I checked, the internet still exists.

I have a soft-spot in my heart for low budget and poor quality horror movies, they’re one of my guilty pleasures and I take no shame in admitting it, but after watching “Girls Gone Dead” though, that spot has gotten a little smaller. So if you’re looking for something that’s the fun equivalent of pulling teeth then scrape the bottom of the barrel and see if you can make it to the end. 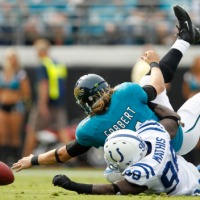 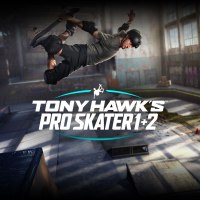