Angels get Greinke – By Cameron Heffernan

In a stunning turn of events, sources say that the Angels have acquired Milwaukee Brewers pitcher Zach Greinke. Yet it hasn’t been confirmed, the man who wrote this, someone who has money riding on the Angels to win the world series, is ecstatic. 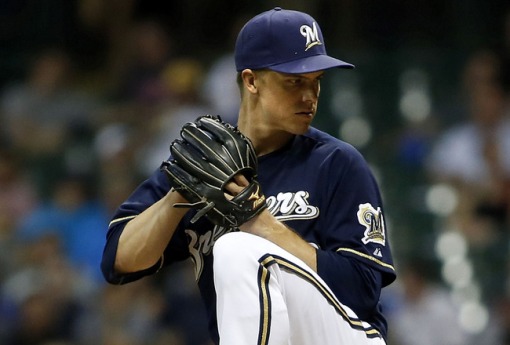 Earlier in the day, reports were that pitching extraordinaire Zach Greinke was either going to be  traded to the Los Angeles Angels of Anaheim, or the Texas Rangers. In a stunning turn of events, reports came in from a reliable source that Greinke  is headed to the already stacked starting rotation of the Angels.

The Angels traded prospects yet to be named for Milwaukee’s ace, but nonetheless have strengthened their bid for A.L. supremecy that began with the signing of future-Hall-of-Famer Albert Puljos, and Texas ace C.J. Wilson.

Greinke has pitched to a 9-3 record with a 3.44 ERA in 21 games. Greinke will add more depth to a roto that already has the likes of Simi Valley legend Jared Weaver, Dan Haren, C.J. Wilson, and the rather disappointing this year, Ervin Santana. The Angels are already stacked in terms of bats with Albert Puljos, Mark Trumbo and rookie phenom Mike Trout, and now with the addition of Greinke the Angels look more and more like a championship contender in one of the more surprising divisions in baseball. More on this story to come as more information is released.

Side Note: This is also awesome because the person writing this has a hefty bet on the Angels to win the World Series and would love for nothing more than that bet to come to fruition. The writer also has a bet on the Cincinnati Reds, but that bet is looking damn good so far. More about betting to come also, once the NFL season starts. SO remember, check back at HefferBrew for more info on great bets, and hilarious articles.