Movies That Suck: Poultrygeist: Night of the Chicken Dead – By Cameron Heffernan

Cameron sits down to watch the 2006 Troma Entertainment classic known as “Poultrygeist: Night of the Chicken Dead.” A horrible little ditty about consumerism and chicken-people possessed by the spirits of angry Native Americans. This one is truly a movie that sucks. 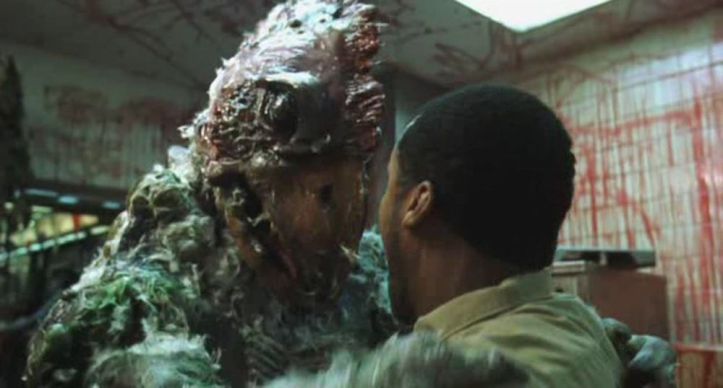 Sometimes there are movies so bad that it doesn’t warrant anything in print or otherwise to be said about how bad it is, people just know. Other times, there are movies that are so damn bad that’s it’s almost impossible to not want to jump behind your computer and start ranting about how awful one film is, this movie is “Poultrygeist: Night of the Chicken Dead.” Distributed by Troma Entertainment – the masterminds behind “The Toxic Avenger,” “Surf Nazis Must Die” and “The Class of Nuke ‘Em High” – ‘Poultrygeist’ follows the same inane path of these other movies with over-the-top gory antics and deliberately offensive dialogue. With ‘Poultrygeist’ though it strays from its counterparts adding a message about corporate greed and how fat America has become from fast food. This message falls on def ears because this movie is just so incoherently bad, the makers would’ve been better off defecating on celluloid and distributing that instead. Maybe then, their message would’ve been a little more clear.

‘Poultrygeist’ stars, probably no one you’ve heard of, Jason Yachanin as lead character Arbie, his love interest is played by someone named Kate Graham, her character is named Wendy, there’s also characters named, Micki (Allyson Sereboff), Denny(Joshua Olatunde), Carl Jr.(Caleb Emerson), and Jose Paco Bell(Khalid Rivera). Again, no one you’ve probably heard of. But also, do you see the names there, Micki-McDonalds, Wendy-Wendy’s, Paco Bell-Taco Bell, I think you get it, everyone’s name is some pun on fast food eateries.

In the opening sequence of ‘Poultrygeist’ you are introduced to Arbie and Wendy, two star-crossed lovers in a cemetary about to get their hump on. Passionate making out ensues as Arbie explains how his father is a failure and his mother is a “Retard,” let alone that word being used is a sign of things to come. As they are making out, the extended zombie-arms of the restless dead underneath them reach out; these restless dead you ask, “What Kind?” Oh well, you know the Indian Burial ground type of restless zombie arms. Anyways, unbeknownst to the two lovers the hands begin to molest them as they are doing the dirty. One of the hand enters Arbie’s anus with a single finger and he begins to climax; it’s as disgusting as it sounds and even worse to watch. After he climaxes all the arms recede back into the ground, and this is when the camera pans to a grounds-keeper at the cemetery hiding behind a tombstone (you know because Native Americans totally buried their dead under tombstones) with his pants around his ankles revealing that he’s been whacking it to the lovers the whole time; The lovers run in fear of this perverted maniac.

The keeper then rummages through the leftover underwear and smells the girls first, unsatisfied at these, he then turns to the mans underwear and starts going back to his extracurricular activities, you know, because he’s freaky like that. This is when one of the zombie hands from before, shoots out of the ground, impaling the keeper through the anus and out, well, his face. ‘Poultrygeist’ credits begin and you are therefore-after trapped by one of the worst movies of all-time.

This movie is loaded with graphical scenes much like this taking place at a fictional, and albeit, almost spot on, representation of “KFC” called “American Chicken Bunker”. Bunker, playing as the setting, is ran by General Lee Roy(Robin L. Watkins), and it is a disgusting fast-food chicken joint that is being protested by “Hippies” because of it’s corporate roots. The movie deals with a lot of social issues that have arisen now. The factor that the movie was made in 2006 adds even more shock to the fact that it tries to instill the ideals we fight for on the steps of the Stock Market now. The idea of small businesses being ever-so-slowly edged out of existence and the 1% Vs. the 99% are all very prevalent themes throughout the movie, and the points are valid. The only thing is that everything is portrayed in such a childish and crude manner that any point this film is trying to make, gets lost in all the violence, lesbian sex and blatant racism.

It’s just best not to try and have any meaning in a movie about possessed chicken that people eat and then become some kind of possessed-chicken-zombie-person-thing. It delves into the idea that, while we want are food faster, we have become sheep to all the chemicals and growth hormones that major food industries pump up their meals with. These points are all great points it’s just with things like, a Mexican kid getting pushed into a “Sloppy Jose” grinder and then soon thereafter turning into a all-knowing and wise talking-sloppy-Jose sandwich, and a Muslim woman drinking a jug of “Beef Steroids,” and becoming this, is just to far fetched and absurd to be trying to apply some moral message.

one over-and-over again throughout the film it’s nothing but gratuitous sex scenes, that aren’t even in the slightest entertaining, close-ups of anuses defecating, and racism. In one scene “Paco” Bell is pushed into a chicken grinder by a possessed full-frozen-chicken and his guts, legs, arms, and pretty much everything else is sprayed about the kitchen and on one of the characters, Humus(Rose Ghavami), the most blatant stereotype of middle eastern woman ever.

Humus is covered entirely in a shall, she is always praying to Mecca and her first scene in the movie plays out like a scene from “Soul Plane”. Her boss, Denny, says her name wrong and insults the factor that her name sounds just like Hamas – the terrorist/or military organization, that oversees the Gaza Strip –  Humus then responds with. “No you idiot, it Humus, like the dip, Errrrr! I swear I’m going to explode!” Then everyone reacts like she’s about to suicide bomb the place. In the end, when the Zombie-Chicken-Native American-ghost-possessed masses are closing in on Wendy, Humus, a little girl they saved, and Arbie, Humus stands up, gives some BS speech, takes off her shall to reveal a hot,model-esque, woman who  has a bomb strapped to her. You know, like a suicide bomber.

The movie does this the entire time; going from trying to make a political stance on things like poverty and the rich only getting richer, then, turning around and making some lesbian joke, or Muslim stereotype, or even Black stereotypes with the factor that their manager is a African-American who manages a chicken shack and talks like something out of Spike Lee’s “Bamboozled”. This movie is, at best, low-brow, and ignorant and didn’t deserve really deserve to be made. But hey, that’s what “Movie That Suck” is for, to let the people know. 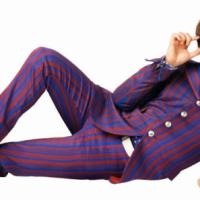