When I Die Bury Me Inside This Video: 2 Chainz Makes The Greatest Video In Rap History- By Cameron Heffernan

Let us take a look at 2 Chainz video for his hit single “Birthday Song”. This is literally the best booty shaking rap video ever. Thank you ‘Chainz’, thank you so much.

Right off the bat your greeted by these three images in succession and everyone tells their own story of Mr. Chainz and his birthday.

First we have the most apathetic ass-shaking you’ll ever experience in your life. 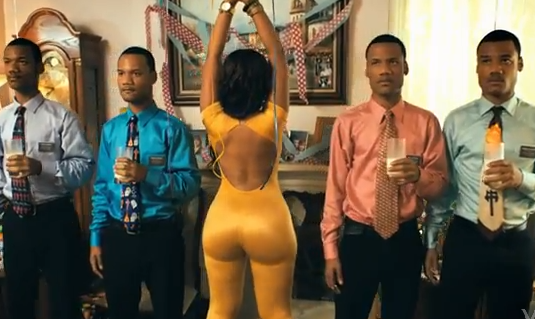 Seriously though, look at those faces and the glasses of milk. This is 2 Chainz’s birthday, not Steve the local accounting clerk at Wells Fargo. What’s going on Mr. Chainz? Not enough party at your party?

Oh wait, I was wrong. You literally have a woman made into a cake. I’m sorry I ever doubted you Mr. Chainz 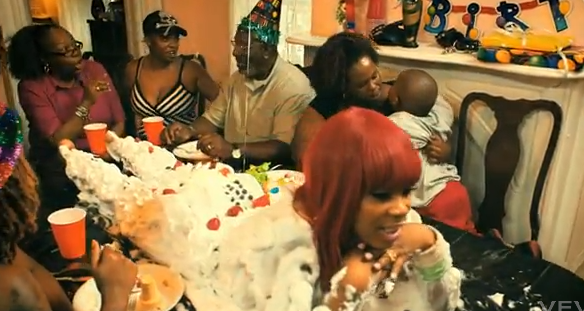 Yes, your eyes do not deceive you. That is a woman made up like a birthday cake. Not to your liking? Well how about a normal cake made to look like a vivacious booty?

Yup, that’s a booty made of delicious cake. It’s a celebration bitches!

Can’t have a party without a clown right? Especially a sad clown talking about extended clips.

2 Chainz then goes on to talk about how he has “more bombs than Pakistan”. Then this man swigs a forty, pours one out for his brothers who have fallen then he proceeds to let his freak flag fly. 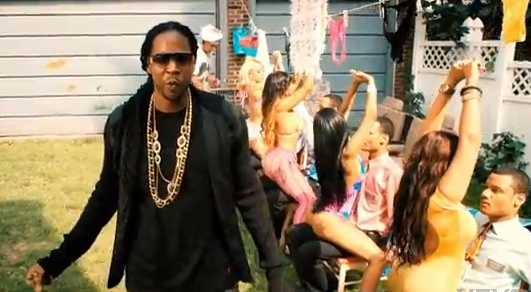 Act like you’ve been there before. Oh wait, you have, and you are. These guys could be getting freaked on by Angelina Jolie, Olivia Wilde, Katy Perry and Mila Kunis, and they wouldn’t bat an eyelash.

Can’t have a birthday without Kanye and his cavalcade of video-hoes, Right ? Yes, the answer is yes.

At one point Kanye makes a great point, actually two points. First point: “Ya’ll been together ten years, you deserve a minaj, especially if you put that BMW in her garage.” And Point two: “Last birthday she got you a new sweater, put it on, give her a kiss, and tell her do better.” Kanye is ice cold and he does not care for your cheap sweaters.

I don’t know what the clown did between hanging out in the house, talking about extended clips and ending up getting his ass kicked, but it had to have been something terrible. Maybe he didn’t wish ‘Chainz’ a happy birthday. Who knows? Maybe it’s just because he’s a clown and clowns are the worst.

This next photo is while the lyrics “bad bitch contest you in first place,” plays.

No one in this picture is winning any “bad bitch contest” ever. Maybe the one on the right but she’s at the least a 100/1 underdog for first place.

Now, these women may be able to win this said “bad bitch contest”. Especially the one in the middle. If only because she’s just letting it all hang out. 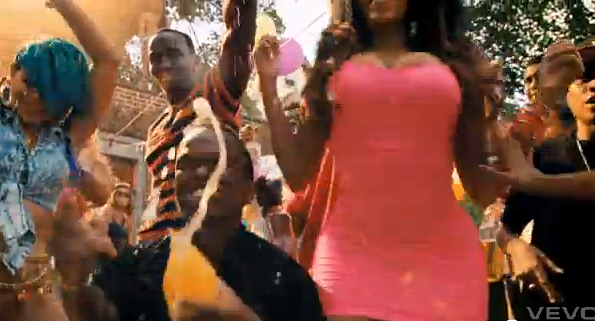 All ‘Chainz’ wanted was a party with “big booty hoes” and “bad bitches” who win contest for being “bad bitches”. It would appear that he got what he wanted and more.

Thank you 2 Chainz, you’ve stolen the hearts of millions of, “bad bitches” and “big booty hoes” everywhere. Please never, ever stop being who you are. Ever. 2CHAINZ!!!!