After taking a BYE week last time, the Craptastic Power Rankings return this week with a delicious dish of craptasticness. 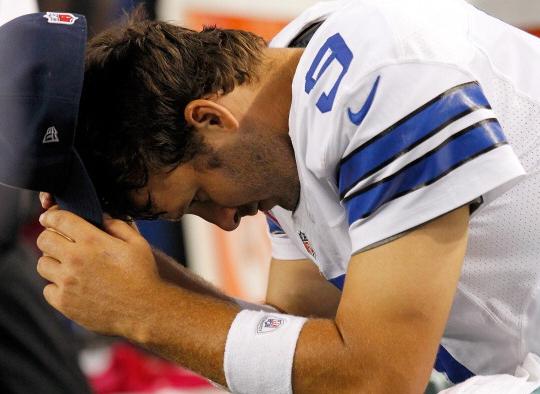 I won’t waste your time with any pleasantries about how the Bills were on a BYE week so we’re probably missing a few usual suspects, and how the mediocre teams like the Cardinals, Seahawks, Bengals, and Jets all seem to be regressing back to their usual crappy state. So with that out of the way on to the rankings.

1. Tony Romo – I debated this for a very long time. I thought to myself about how he lead the comeback for the Cowboys and was a fingertip away from actually winning the game for the Cowboys. Then I thought, “wait, he was the whole reason they had to come back, he had three first half interceptions, and a fourth interception that almost wrapped up the game for the Giants, except the Giants seemed to be completely inept at the mere thought of offense.”

Romo did throw for over 400 yards and a touchdown and he ran for a TD too. Romo looked like the “elite” quarterback we all want him to be right now.

Then there’s this fact too. Romo completely overthrew that ball to Dez Bryant, you know the one, the catch that everyone was talking about all yesterday at work. Romo will overthrow passes in the clutch, plain and simple, he did it last year against the Giants on an easy go-route from Miles Austin and he did it again on what would’ve been an easy touchdown catch to a wide open Bryant.

Tony Romo isn’t a bad quarterback in the means of Blaine Gabbert, Ryan Fitzpatrick and Matt Leinart. He is very serviceable at best and beyond that he could lead a team with a solid offensive line and all the football amenities that could lead to a Super Bowl, to a Super Bowl. Because he’s the hero Dallas deserves, but not the one it needs right now. So we’ll hunt him. Because he can take it. Because he’s not our hero. He’s a silent guardian. A watchful protector. A Dark Knight.

2. John Skelton/LaRod Stephens-Howling – I know it’s a little unfair to attack these two seeing as they played the Niners. But for real they were at home and they had their asses pounded raw. Howling had six yards on eight carries. One more and and let me say this with feeling. SIX YARDS ON EIGHT CARRIES!!!! Why did he only get eight carries, oh, well that’s because John Skelton, the man, the myth, the legend, threw the ball 52 times, completing 32 of those for 290 yards and one interception. The Cardinals made it past the fifty yard line three to four times, they scored three points. It was sad oh so very sad.

3. Phillip Rivers – He went 18 of 34 for 154 yards and no scores of any sort. The final on this game between what is supposed to be a crap Browns team and a withering offensive Juggernaut known as the Chargers was 7-6. This game, suffice to say, was garbage. Just absolute garbage. Yes there was a lot of rain and yes it was in the “Dogpound” but for real? The Bills at least laid 24 on this team and they suck in every facet of football. Anyways, I’m tire of talking about this crap game that I watched the majority of (I don’t know why). Here’s a picture of Rivers being a whiny little wiener.

4. Mark Sanchez – Look we all know he sucks by now and I don’t feel like talking about this turd. So here’s that awesome picture of him running on the beach in a lifeguard outfit because that is way more awesome than listening to me rant about how it is more than Tebow Time. Before that picture I want you to start chanting TEBOW TIME! repeatedly and then maybe we’ll get the Holy Glory that is Timothy Richard Tebow. 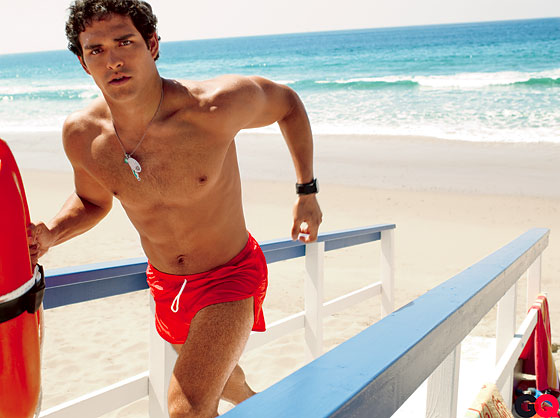 5. Patrick Peterson – Tasked with guarding Michael Crabtree, the “shut-down” corner decided to get eaten alive last night by one of the more mediocre receivers in the NFL. Crabtree racked up 5 catches for 72 yards and two very manly touchdown catches. It was sad to watch what is a Pro Bowl Caliber Corner get beat up and down the field on special teams (a place where Peterson especially excels)  and then get beat by every receiver that the usually run first Niners have.