PS4: ‘Imagination is The Weapon Against Reality’ – By Gavin Muirhead

Gavin gives his opinion and shares specifics about the upcoming (and totally awesome) Playstation 4. 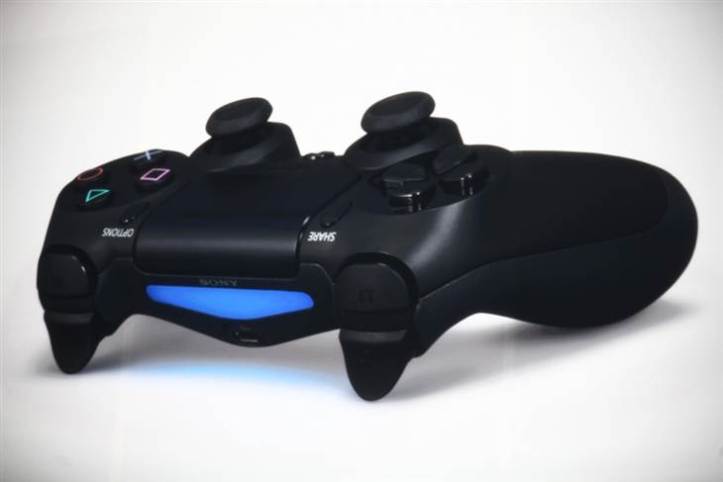 “Imagination is the weapon against reality.”

This is the opening quote used in today’s PS4 debut. The entire room is filled with laser lights and fog machines that would make Deadmou5 jealous, with a wrap around projection screen running PS4 demo’s and cinematics that truly look spectacular. Words like “Epic, Social, Inspired, Extraordinary, Hard, Awake… Playstation” run across the screen and strike to mind everything you hope for in an entertainment system. The term “gaming system” can no longer be used with the statements Sony has made today. The game has officially changed.

The PS4 brings the most powerful gaming network ever imagined to life, with state of the art hardware and social integration, with titles already being shown from Epic games – Unreal 4, and Guerilla Games – “Killzone: Shadow Fall.” The latter being a future based, highly cinematic, stunning, breathtaking, “Do want!”… First Person Shooter game that -from the demo alone – seems to take the Halo franchise and slap it in the mouth. The fluid motion of the AI and the flawless particle motion are present in even these early demos of gameplay. The demo brings to mind traditional Call Of Duty feel, with Skyrim atmosphere and (I can’t stress this enough) the refined graphics and particle motion brings a softened, very clean feel that is truly something to behold. Full motion 1080p display with possible 4K support allows for gaming at it’s finest. The PS4 is what the collective gaming world had hoped the PS3 was, but it is not held back by hardware or latency limitations.

Evolution Studios Gaming – Drive Club: a team based racing game, 10 years in the making. It has been hindered by technology up until now. Imagine Gran Torismo had a baby with Need For Speed and added a Franchise mode, where you can make a team of racers with your friends and take over the world one race at a time. It is a first person racing game, with exquisite models and 99.9% perfect car design. Carbon Fiber looks almost true to form, right down to the individual threads being used to reflect the light bouncing off of it like it does in real life. Coming from myself, a car guy at heart who knows a thing or two about carbon fiber, I personally can not wait to get my hands on this. Sony has partnered with some of the most influential game developers of all time, from Square Enix to Capcom, who is developing the ground breaking new Panta Rhei engine for the new IP “Deep Down” that will further turn the gaming world on its collective head.

Sucker Punch Games deserves an entire article to themselves for the upcoming, PS4 exclusive “Second Son” – stay tuned for that.

The PS4 is aiming to not just be a game system, they are taking it to an entirely new level where your friends can be spectators on your game from their own homes, and even take over your game to get you though a tough spot that your noob skills are no match for. They have fully integrated social media systems like Twitter, Google+, and Facebook along with developing an entirely new social community within the PSN itself. Sharing is so simple, just press the “Share” button on the new Dual Shock 4 controller and you can put a 3 second video clip of your Zombie Kill Of The Week directly on your Facebook page for your friends to see. The days of a standalone screenshot are gone.

You’re probably thinking to yourself right about now “what can’t this thing do?” In truth, there is not much it can’t do. It has almost evolved to a “Skynet” level of self awareness, able to learn your gaming and viewing habits and tailor games and news, movies, anything your interested in the PS4 knows it and makes sure your able to find it right away.

In our earlier article I laid out the “maybe” specs for the Ps4, while I was very close, it actually gets better. The PS4 will be powered by a X86 AMD 1.6GHz 8 Core CPU, enhanced GPU, 8GB of high-speed RAM, and local HDD. Pair these specs up with the fastest and most powerful gaming network on the planet, thanks to Sony’s acquisition of GaiKai and there Guinness Record holding network, the upcoming PSN will literally change the game.

Thanks to the GaiKai team, you will be able to stream all the titles from PS1, PS2, and PS3 and play them instantly. Yes it is true, backwards compatibility is not going to happen from a disc sense, but through the new PSN it will be instantly streamable the instant you want to play your favorite titles. You can also instantly play PS4 titles seconds after starting to download them, while the game finishes downloading in the background you can get started playing right away. All thanks to the new and amazingly advanced network Sony is building.

There is not much the PS4 leaves out that would make me question the value of this system, not just from a gaming view, but from the point of overall entertainment for yourself, your family and your friends. It brings the ability for truly lifelike interactions with AI that are able to display vividly human emotions without uttering a word, and drag you into the world created by game developers like never before.

Whatever the price, Sony, take my money now.