On Friday the Lakers got a little closer to their ultimate goal of making it to the playoffs, but more important, Kobe Bryant suffered what could be a franchise and career altering injury.

In the midst of yet another superhuman performance to snatch victory from the jaws of defeat in a quest to drag his team into the playoffs, we saw a side of Kobe Bryant that Lakers fans and NBA fans all-around have never seen.

With 3:10 left in the 4th, after attempting to cut to the basket, Kobe crumpled to the ground with what would later be declared a torn Achilles tendon, an injury that requires season-ending surgery and has a recovery timetable of 8-10 months at least. It’s fitting that before he left to the locker room, Bryant hit the free throws that came from a Harrison Barnes foul on the play he was injured. As a fan, seeing the injury is like getting punched in the stomach, especially when it’s the NBA “iron man.”

In the next few days, we’ll find out if it really is a torn Achilles, though all signs point to yes, and in the coming weeks, analysts, writers and fans will search for someone or something to blame for this. The most likely candidate is coach Mike D’Antoni, who has faced the ire of fans all season, largely for not being Phil Jackson.

During this stretch for the playoffs, D’Antoni has been playing his starters an exorbitant amount of minutes, after playing all 48 in Portland on Wednesday, Kobe had played 41 up until the time of his injury. Fatigue surely played some factor in it, despite all the conditioning Kobe has become famous for and Bryant’s age (34) surely was no help either.

But before fans grab their pitchforks and head to Staples Center to wait for D’Antoni, they should put the attention where it deserves to go: at the end of the day, Kobe is out until at least December, depending on the severity, it could be a lot longer. That puts the question to what the Lakers as an organization will do, Bryant is owed around $30 million next season, his last year under contract with the team and Bryant himself has said he’s not sure what his plan is after next year. Now, the Lakers are staring down the possibility of either paying him that much even as he sits on the bench and recovers, or, (and unthinkably) Kobe ending up playing for a different team.

That’s all speculation, and speculation will surely grow in the coming months.

At the heart of all of this though; where the blame will fall, what the team will do next season, will they make the playoffs, will Dwight Howard stay, the impact of the injury stands head and shoulders above the rest.

Needless to say, Twitter and other social media sites exploded with respect and thoughts to Kobe:

LeBron James: “Damn man I feel bad for @kobebryant. If there’s anybody and I mean anybody who can come back from that injury it would be him! Best wishes!”

Jalen Rose: “Terrible that Kobe got injured. The game will really miss a Giant. If anyone can respond, I believe it’s him. True story.”

Chris Paul: “Prayers out to my man @kobebryant. Hoping for a speedy recovery and there is absolutely no doubt he’ll be back strong!”

It’s not entirely out of the realm of possibility that Kobe can come back from this, Chauncey Billups, Elton Brand and Dominique Wilkins all faced the same injury and returned to action within a year. Wilkins really is the only one comparable to Kobe in terms of star power at the time of injury, but the advancement in treatment makes it tough to tell if the recovery time will be similar.

Kobe Bryant has made a career out of shocking fans and detractors alike by taking the impossible and making it look simple. For the sake of the fans, the NBA, the Lakers and Bryant himself, here’s to hoping he’s got one more surprise left in him.

Dustin Brewer is co-creator of HefferBrew. As a lifelong Lakers fan he wishes this season could just turn out to be a bad dream. Follow @HefferBrew on Twitter or Like Us on Facebook for more NBA updates as well as the latest Kobe and Lakers news. 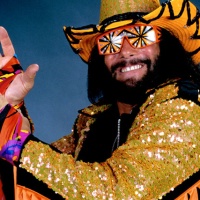