Sony releases a teaser for the PS4.

Yes, we just witnessed the PS4 in real life – through beer goggles.

Although the video was purposely blurred and, annoyingly so, we do have a few things we now know for sure:

• It has some vents

• It is painfully square

• it has more vents.

• seems to be a large fan as well

Now, if you have OCD and a quick eye you notice some things:

Seems to be the upper left corner of the 2 tiered console. I’m assuming it will have a square base and this sharper looking top section/front face. 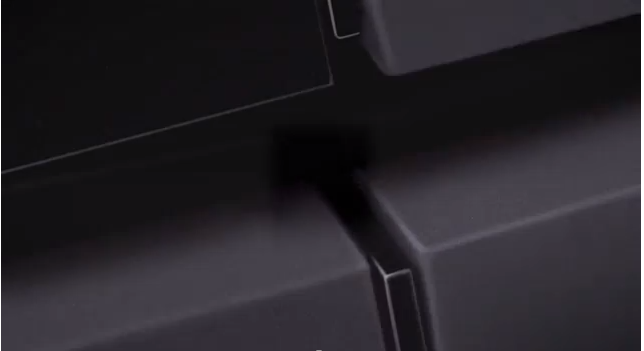 This image helps my previous theory of style and shape, notice the bottom part of this is square and the top part is a triangular shape, of what I’m assuming to be a portion of the disc drive.

As if we couldn’t count.

Sony is obviously trolling Microsoft just for fun, and while it is pretty hilarious for them to do so, it is also annoyingly frustrating that we won’t get to see it in person until E3 in June. Microsoft needs to have a huge day tomorrow, they need to bring out all of the features their new system has to offer and show every part of it. They also need to have some big name gaming titles at the show to signify a strong gaming library upon release later this year. With Sony riding the marketing coattails of it’s genius, non-debut, debut in February – this could be a make or break moment for the once tyrannous Microsoft.