Taking a look at the madness that is, World War Z. 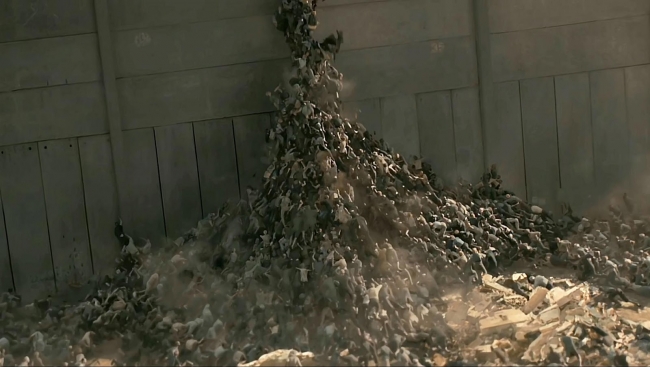 It’s confusing, intense – rarely – and frenetic. But, in it’s confusion it loses all it’s humanity, and much like it’s protagonists becomes a mindless Zeke, stumbling over itself and piling on top of one another, looking to turn you into just another cog in the already overrun undead-genre machine.

WWZ, follows Gerry (Brad Pitt) an ex-United Nations investigator, as he travels by land, air and sea to find a cure to the plague that has overrun the world. Gerry is thrust into the middle of the zombie apocalypse while jammed in traffic in the middle of midtown Philadelphia. Chaos ensues as the undead masses begin to flood the streets, and brotherly love is the last thing on the bloodthirsty hordes collective mind. Gerry and his family scrounge for supplies while on the run and take refuge in an apartment building. They are evacuated to a ship in the Atlantic, and thus the various wacky adventures of Gerry, the world-curer are underway.

For being two hours, WWZ felt like 45 minutes of half-assed explanations and unorganized calamity. The hope for humanity jumps form Philadelphia, The Bermuda Triangle, South Korea, Jerusalem, and Wales – much like the book jumps all over the place with the stories of survival. Like the book, the opening sequence conveys, what’s referred to in the book as, “The Great Panic”. When the proverbial shit hits the fan, all regard for civil conduct are abandoned and even police officers are bypassing murder crimes, to acquire baby food. If you’re a fan of the source material, it’s about this time you should walk out and imagine whatever you can for the rest of the film.

WWZ, does it part to have subtle nudges to its source. Everything in South Korea and Jerusalem are a Brad Pitt wink away while staring directly into the camera, to complete the total fan service stroke fest.

If you’ve never read the book though, the opening sequence comes across as a vapid panic you’re watching the characters endure – like watching Ben Stein open a present. It has all the zombie dodging that anyone could ask for, and even more Zombie survival techniques, borrowed form Max Brooks other undead-themed novel, “Suvivors Guide to The Zombie Apocalypse”; Pitt dawns himself with newspaper gauntlets and a kitchen knife bayonet before him and his family make their ascension to the rooftop evacuation. As the family makes this mad dash, none of the brevity that should be apart of this situation is there. You never feel danger for the family, and even when Brad Pitt is on the precipice of death, there still looms the stink of a Deus Ex Machina. Pitt is phenomenal throughout, but even he’s not enough to give a crap about the fate of humanity or any of the happenings surrounding him.

I’ve been playing The Last of Us for the last week, and before that I finally got around to reading World War Z. To say I had a bloodlust for sweet zombie-movie dystopia was an understatement.  I didn’t have high hopes, or low hopes for WWZ the film as I was walking into the theater – whether it was the PG-13 rating or the fact that months before it’s intended 2012 release, the entire ending was re-written and re-shot – is undecided. I just didn’t feel it would be like the book – which is pretty good – and justly it couldn’t be like the book. I was at justified hopes, not high, nor low, just justified. Some of what I wanted to see was there:

The end of the world? Check.

Brad Pitt and his super wispy, yet Jesus-like hair and pearly blues? Check.

Now with all those things to satiate my lust for undead carnage, why was it that this film left an empty hole where once my brain resided?  Easy. The ending. The thing they supposedly re-wrote, leaves you so confounded and aggressively overwhelmed that it’s inconceivable that anyone green-lit that one. The only hope is that the other drafts were so bad that some included Pitt waking up from a fever dream with a pet unicorn that talks, and another where all the zombies were metaphors for the ending of the Sopranos and how lost America felt after such a great show went off the air (Big ups to James Gandolfini, RIP.).

WWZ starts out strong and finishes with a whimper. With zombie movies – or zombie anything for that matter, no longer can it be hack and slash. We can’t have mindless entertainment with it anymore. We want to be reminded of the sadness and depravity when society goes to shit. WWZ the book does a great job at this, but books are always more intimate, you build the character yourself and the storyline unfolds on your time. With this incarnation, all is rushed and then the end happens and you’re left wondering if there’s more. Like the zombies in the film, you’re left empty and dormant. 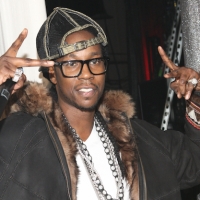