Casting Couch, Part Two: The Villains of The DC Universe – By Cameron Heffernan

In part two, we take a look at the nefarious and, at times, incompetent Rouges Gallery of DC, and who could play them. 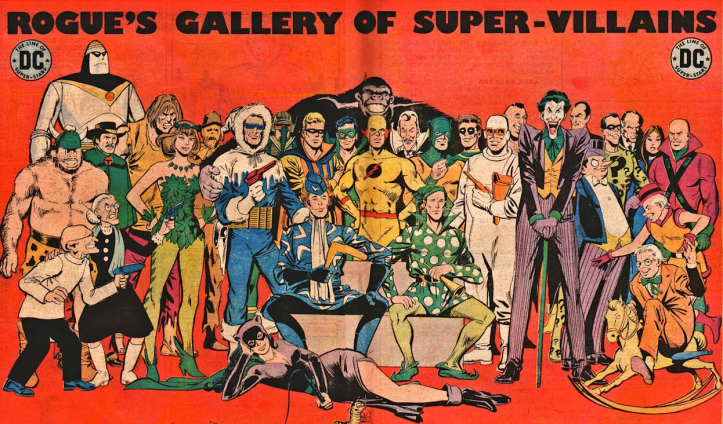 DC doesn’t really have a litany of legit villains to pull from. It’d be great to look at someone like Gorilla Grodd, Captain Cold and Dr. Minerva and have some sort of fabricated terror appear in your mind, but it’s safe to say, they’re more a laughingstock, then they are “villains”. Unfortunately, DC’s entire Rouges gallery runs this way: For every Joker and Lex Luthor, there’s a Mirror Master, or (also somehow a captain, of what, I don’t know) Captain Boomerang. These villains, although classic, are ridiculous. No one wants to watch a Flash movie where the villain only gives us flashbacks to when the “Iceman Cometh, all over the Batman franchise.”

DC seems to have some plan to link the Flash franchise to the Batman/Superman film, in order to lead it into a Justice League movie. It’s like the ultra-contrived version of what Marvel did, but with really no backup plan, and a fan base as fickle as they come.

I used to work in a comic shop, I watched as the New 52 came out, and slowly, but surely no one gave a shit. Flashpoint led into it (recently turned into a DC animated movie.), and it was great, it tied in Professor Zoom – one of The Flash’s Rouges, but without a stupid name like Boomerang or Cold, or Mirror Master – and it put a little bow on the DC Universe and the aftermath of what was, Final Crisis. With apologizes for rambling on about comics first, Final Crisis, written by Grant Morrison, pissed off comic fans to no end, and brought the death of Bruce Wayne, Martian Manhunter and a few others that escape me. It’s all about the Gods of Apokolips coming to earth and attempting to enslave all the heroes and take over the world. It’s all very cut and dry, but at the same time, as any Morrison story goes, simplicity is thrown by the wayside for a more mosaic approach.

Flashpoint was the more mainstream version of this same story, only replace the Gods of Apokolips with Professor Zoom and the time-stream, instead of Boom tubes and crap like that. It also hinted at personal vendettas on apart of Zoom towards Flash, all that “woe is me” diatribe that villains give, ultimately before they’re thwarted.

The point through all of that:

A.) No one cared, the entire time Flashpoint was going on, more people were interested in anything and everything Marvel. From Fear Itself, their mini-series that brought the death of “Bucky” the new Captain America, to any issue of Deadpool. Because, people fucking flock to Deadpool, no matter how terrible it is. And it is fucking terrible at times. Just saying.

B.) Retcons ruin your product, and DC retconned a retcon. Final Crisis was to put some reigns on the DCU and maybe dial it back again, create a fresh start with Batman dead, and others recuperating from the devastation. DC had an opportunity to stray from the “Trinity” and focus more one their mid-level characters. Kind of like Marvel did.  Just an FYI, no one gave a flying fuck about Iron Man before that first movie, he was about as B-list as they came in Marvel. But, slap a good writer on the comic, make some waves with story lines that involve terrorism – for a modern touch – and bam! You got yourself a billion-dollar franchise.  DC retconned everything with The Return of Bruce Wayne and Flashpoint. Yet again, we we’re dealing with the same ass-hats that still have the same, “boo-hoo, I’m-like-40-and-I’m-still-dwelling-on-my-parents-murder,” bullshit.

DC isn’t really a company that can venture out, the way Marvel has. They can’t make a Thor movie (what would be their Wonder Woman movie) because it would tank. They don’t have a Captain America, and their Iron Man has so many parent issues and is so dark and brooding, it almost feels like therapy. It only works when you’ve put a true auteur behind the wheel. If anyone else makes a Batman movie, it’s going to go the way of the Burton. But hey, we’re looking to sell toys, right?

DC, on the other hand had success with Man of Steel and the general populous seem excited about a Justice League movie. Why? I don’t know. But the crowds at Comic Con have become so gullible, that you could throw a Finn hat on a turd and they’d think it’s the newest crossover for Adventure Time.

With the heroes, we were able to compile a list of what actors should play which characters.

With the villains, it’s really about who could play Lex Luthor, Zoom and maybe, and I said maybe, The Joker. There are some other options, in terms of villains, like the aforementioned Gorilla Grodd (who is a giant talking gorilla) or Brainiac, but lets face it, we’re never gonna see the Superman movie we want. The one where it’s just an hour and a half of Supes and Brainiac going toe-to-toe over the fate of humanity.

Speaking of Supes, let’s jump into this with our first cast member, Lex Luthor.

– He’s Walter White. Easily the most evil and loved protagonist/antagonist to ever grace the small screen. All he has to do is keep the Heisenberg voice, get rid of the goatee, and keep the bald head. And he literally can jump from the final scene of Breaking Bad straight to the set of either, the new Superman/Batman film, or just the Justice League. He is the one who knocks. He is the danger of Metropolis.

– Yeah, you heard me. Denzel, baby! We don’t have to discuss his acting chops as a villain. He won an oscar for it in Training Day. You’ll also pull in the women ages 30-45 demo so, there’s that too. Remember, this will all be about money. Not what you want as a fan.

– Just have him play the menacing yet quaint priest role he had in There Will Be Blood, shave the head, put him in a suit and you got yourself a young Lex Luthor. If DC plans to keep the whole, Superman and Lex Luthor grew up together thing.

With the Flash movie, I’m sure we’ll see Captain Cold (totally going to Josh Brolin if it happens) and the Rouges in some sort of capicity. The main villain will most certainly be Professor Zoom – as a matter of fact, I think it was confirmed at Comic Con. Either way, let’s go to the casting couch.

– Playing Sookie Stackhouse’s brother in True Blood has shown that Kwanten can play troubled with a dash of vendetta. Replace his passion of ridding the world of vampires, and replace that with the passion to murder The Flash, and you got yourself a stew.

– Maybe going into hiding after The Lone Ranger could be best. Then he can return as Professor Zoom in some capacity in The Flash movie, then move onto the Justice League, aiding Lex Luthor in all his evil endeavors. Or he can try again with another bomb and continue his descent into obscurity.

– Yes, he’s aged a bit (58 years old, to be exact.), but the sinister voice (like the Green Goblin) and the idea the Zoom is stuck in the Speed Force for an eternity, a little age could help the character. It could also fit the darker approach that DC seems to have behind its films.

One can imagine how Zoom and Luthor come together to face off against the League. Zoom uses the time stream to destroy the world and give all the power to Luthor or something like that.

If this isn’t the route they take, and they decide to just go with one of The Rogues, then Mirror Master is probably our safest bet.

– No real reason, we just want to see him screw people up with magical mirror powers.

What if though, DC decides to go in the direction of some otherworldly shit? Darkseid, Doomsday, The Anti-Monitor, real crazy ’80s shit like that. Well, we don’t want them to feel left out. So let’s take a stroll down the road of Quintessence and try and figure out, who would look sweet with a bunch of makeup and prosthesis on.

– He’s got a jaw like a horse and his voice is a cacophony of sexiness and raspy vigor. All you need is the voice and the chin. The makeup will do the rest.

– We need not say anything. As a matter of fact, he could just play everyone on this list, and for that matter, he could’ve played everyone on the heroes list.

If for some ungodly reason DC decides to go the direction of cosmic beings. None is more cosmic than the matter eater himself, the Anti-Monitor.

– He could live a quarter planet at a time. Dominic Toretto deserves to voice such a dominating villain. It could be on the same level as when Orson Wells voiced a Transformer planet that ate other Transformers.

The idea of DC and Warner Brothers going the way of Crisis on Infinite Earths, is like them basically filing Chapter 11 while they write the script. So, Vin voicing the main antagonist in that one is a long shot.

Not a long shot though, as I implied by my opening statements, I don’t think Brainiac is a choice. But if he is – and sweet Jesus, I’m hoping – it could be a perfect one.

– Dude is a chameleon. His ever present sinister face is fitting for the universes’ most formidable baddie.

– He’d never do it. All he does is prestige pieces, not super hero movies. But, I’m sure if you pulled a dump truck full of cash, untaxed, he’d probably be willing to mull over the script.

– As proven in Harry Potter, he can put makeup on and be evil. He’s a solid choice, although he may be busy being the new M for MI6, but I’m sure he can work around that. Again, dump truck full of untaxed cash. It does wonders for one’s soul.

Brainiac, is another solid choice, along with the Zoom/Luthor team-up, he puts the character of Superman in the most peril, and really, isn’t that what we’d like to see? There’s no need for DC and WB to get all self-righteous on us with this one. We got that with Nolan’s Batman, and no one is going to do it that way – unless it’s the man himself. We need some good old fashion, collateral-damage filled, agony spewed across our multiplexes four years from now. We want two hours of the last 20 minutes in Man of Steel.

Which means, we’d probably get to see Lex Luthor in his super-sweet, Superman-ass-kicking-kryptonite-robot-suit. Which, is really all we want, Right? 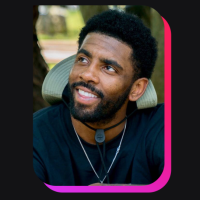