From Deadspin, Yahoo Sports and CBS Sports: reports are flooding out that Dion Waiters has been traded to the Thunder or somewhere, things are still hazy. 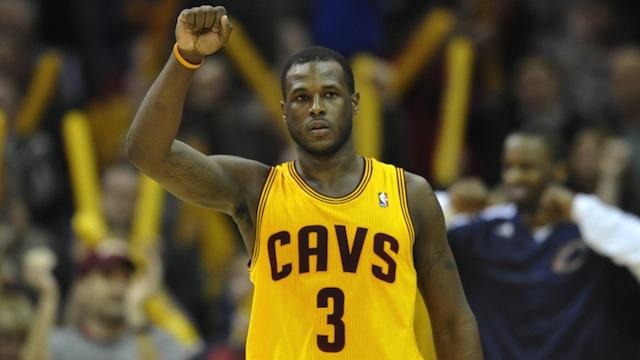 It started when the Cavs sent a tweet that they subbed in their rookie guard Joe Harrisuva for the night. Then ‘Mr. Inside Scoop’, Adrian Wojnarowski from Yahoo Sports went on a live-tweeting rampage over the course of the last hour and we are where were at. Although nothing is set in stone, here are some of the details we’re able to gather.

Dion Waiters is going to the Thunder, the Cavs will get JR Smith and Iman Shumpert and the Knicks will get jack shit, as they’ve been getting all season when it comes to trades (remember that trade they did with Dallas that some people thought they won).

As well, according to the Twitter-storm that’s being spewed from Woj right now. Samuel Dalembert will be waived, the Knicks get a protected first-rounder from Oklahoma as well as rookie center Alex Kirk.

The story is still developing and we’ll be sure to keep you updated as more comes in. This, as well as the rumor about New York shutting down Carmelo Anthony, may sound the death knell for the Knicks season. Check with us on hefferbrew.com, @hefferbrew on Twitter and our Facebook page.

Update: Waiters has definitely been traded to the Thunder. The Cavs received JR Smith, Iman Shumpert and a protected first-round pick from Oklahoma and the Knicks received Lou Amundson, Alex Kirk and Lance Thomas, as well as a 2019 second-round pick from the Cavs.

Amundson, Thomas and possibly Kirk are salary dumps and the Knicks continue their decent into the seventh circle of NBA Hell. It’s also rumored that they’ll shut down Carmelo Anthony for the rest of the season due to knee issues.

This may be a lose/lose/lose scenario for all parties involved. Waiters doesn’t do much for Oklahoma other than add another scorer and the pieces in Cleveland now don’t help their defensive issues. We hope this pans out. But it all may be shitty teams only getting shittier.