Arguably the greatest match to ever take place on a Pre-Show, Dustin revisits the instant classic between Hornswoggle and El Torito.

The Pre-Show of a WWE PPV is typically a wasteland for matches with no build or no interest from the crowd. Often wrestled to an arena that’s only 10% filled, it can be an extremely thankless, glamor-less position for the wrestlers to be in.

Until WeeLC happened. This is hands down the greatest match that has ever happened on a Pre-Show and will forever be remembered as being so much better in execution than it sounded on paper. Let’s go.

0:00 – 0:20: If this match had just been broadcast like any other match, there’s a good chance that it would’ve flopped or fallen by the wayside. Instead, WWE leans completely into the absurdity in a way that few could’ve ever predicted.

0:21 – 0:48: With Micro Cole, Jerry ‘the Mini-King’ Lawler and WeeBL calling the action, it’s clear we’re dealing with an instant classic already. WeeBL’s little hat is by far the subtle star of this show.

0:49 – 1:06: How offensive is all of this on a scale from 1-10? Is there any chance this could happen today? Probably not but at the same time, it appears that everyone is in on the joke. This is an extremely important distinction to make. So often in wrestling, in WWE specifically, the attempts at humor come off as mean-spirited or cruel. This is the rare exception where it seems like everyone just had a good time working together and embracing the absurdity of it all.

1:07 – 2:27: You may forgot that Los Matadores were a thing but you’ll never forget their little bull buddy, El Torito. Also, the interplay and exchanges between the announce team and their mini counterparts is absolutely great.

2:28 – 3:22: A few quick notes on this entrance:
1. 3MB was largely a group of jobbers but the success they have all had since is nothing short of incredible:
2. Drew McIntyre is now one of the most physically imposing and scariest wrestlers in WWE today.
3. Jinder Mahal had a legitimate run as the WWE Champion on SmackDown Live that included wins over Randy Orton and Shinsuke Nakamura.
4. Heath Slater improbably had a run as one of the most over people in the entire company culminating in multiple reigns as a Tag Team Champion.
5. Is it just me or does 3MB-era Hornswoggle look exactly like A.J. Styles?

3:23 – 3:40: The action starts slow with a joke about Hornswoggle kicking himself in the head but El Torito speeds things up with a nice hurricanrana.

3:56 – 4:10: Hornswoggle tries to answer but ends up just bouncing himself off the bottom rope. The crowd seems to be warming up to the action.

4:11 – 4:30: El Torito’s looking for the weapons but does he want a normal sized chair? Hell no he doesn’t. This is WeeLC. You already know what’s about to happen.

4:31 – 5:00: If I didn’t just see El Torito use that chair to get more height only to hit Hornswoggle with a Bronco Buster, I wouldn’t believe it. Also, Micro Cole is spot on with calling every move “Vintage El Torito.”

5:00 – 5:10: I don’t know if that was a planned bump or not but hat’s off to that ref for taking the weight of pre-cut Jinder Mahal into his shoulder and just rolling with it.

5:11 – 5:20: The crowd is too busy chanting “We Want Tables” to recognize the comedic brilliance that is Hornswoggle being led around the ring by El Torito’s tail only to run headfirst into Jinder’s crotch. Again, bonus points to everyone for embracing this absurdity.

5:30 – 5:55: This is the exact moment I knew I was watching something special. The micro-ladder into the slightly larger ladder is among the best visual bits in WWE history.

5:56 – 6:30: That’s why they call them “high risk” maneuvers. Poor Hornswoggle was too scared of being up so high and by the time he went for the Tadpole Splash, it was a full crash and burn.

6:31 – 6:39: It wouldn’t have been surprising if this was the end of the match right here but thankfully, Hornswoggle kicks out at 2.

6:40 – 6:46: Pretty impressive counter into a powerbomb by Hornswoggle but dammit, commercial breaks ruin everything. Even PPV pre-shows.

6:47 – 7:00: How did they all end up outside? Why are Los Matadores and 3MB fighting? So many questions. Thanks again commercial breaks.

7:01 – 7:25: So many things happening so fast. One of Los Matadores gets back body-dropped through a tiny table, El Torito misses on a stomp off the barricade, and we still don’t know why they suddenly were outside after the break.

7:26 – 7:50: A huge senton onto El Torito off the chair by Hornswoggle. The crowd is now fully invested in what is happening. Ooing and ahhing with each move.

8:36 – 9:24: Let’s see this as many times as possible. Hornswoggle drops the Macho Man elbow on El Torito through the announce table.

9:46 – 10:25: Nothing says heel like having your buddies help you re-arrange the ring as you beatdown your opponent with a chair. Heath Slater looks hesitant to be a part of any unfair advantages and is promptly smashed in the nuts by Hornswoggle as El Torito escapes.

10:26 – 10:50: Slater goes through a table and the crowd boos viciously as Drew McIntyre lifts El Torito up to help seal a victory for Hornswoggle.

10:51 – 11:25: What a spot! El Torito, Los Matadores and Jinder Mahal all go crashing through a pile of tables and ladders. The crowd is chanting “Holy shit” and I haven’t seen El Torito move yet with his head buried under one of the ladders.

11:26 – 12:10: He may be flipping through a table in a pre-show match here but big things come for Drew McIntyre. McIntyre is now one of the biggest heels in the company. Both literally and figuratively.

12:11 – 12:35: Crazy to think that this was just 5 years ago. In that time, chair shots to the head have been pretty much banned and disavowed by WWE. So this would definitely not happen today.

12:36 – 12:42: Shades of Rey Mysterio! El Torito sends Hornswoggle through the table with a huge seated senton off the top rope and earns a hard-fought 3 count and the victory.

12:43 – 13:55: The announcers all get in their parting jokes and last words as El Torito and Los Matadores celebrate but look at the crowd. Every shot they show the crowd, everyone is cheering and the arena looks pretty full. While this may be in part because the main show is about to start, there’s no doubt that the commitment from everyone involved and the skill of El Torito and Hornswoggle helped make this one of the most entertaining matches in the last decade.

WeeLC is a match that absolutely redefined what a pre-show match could be. Five years later and fans still talk about how surprised they were that this match ended up being as fun and legitimately good as it is. That says everything you need to know about the skill and talent of everyone involved.

There will never be another WeeLC and that’s okay, it’s impossible to improve upon perfection.

Dustin Brewer is a freelance writer and co-editor of HefferBrew. Follow him on Twitter and be sure to follow HefferBrew for all the latest wrestling news and each week for Saturday Afternoon Wrestling. 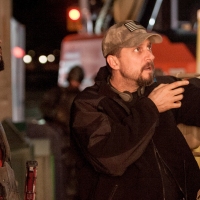