Almost as soon as the COVID-19 quarantine started, Netflix unleashed ‘Tiger King’, a true but also completely unbelievable documentary focused on Joe Exotic and an insane group of people that are either a part of his inner circle or caught in his web. The show instantly became one of Netflix’s biggest hits ever (it’s still in the Top 10 Trending on the site) and it doesn’t look like we’ve heard the end from Joe, his husbands, or that bitch Carole Baskin quite yet.

With the news that Nicolas Cage has been cast as Exotic in a TV show version of “Tiger King”, the first thought I had was that I can’t wait to see Cage dressed as Joe Exotic.

Nicolas Cage will play Joe Exotic in an upcoming scripted show on the Tiger King.

If there’s one thing we can say for certain, it’s this: Cage in Joe Exotic’s fits is going to be legendary. pic.twitter.com/37XRwtxJfr

But that got me thinking about the larger picture. Part of what makes “Tiger King’ such a compelling documentary is the insane way that the story gets crazier with each subsequent episode. They take turns you never see coming and the result is one of the most unforgettable watching experiences of recent memory.

Suffice it to say, no one does crazy better than Cage, who will get the chance to display is manic talents on TV for the first time. With that in mind, these are the five craziest “Tiger Kings” moments that I can’t wait to see reenacted by Nicolas Cage.

5. The Three Way Wedding
Throughout the show, Exotic’s husband John Finlay has it pretty bad. When the moment comes for Exotic, Finlay, and Travis Maldonado to all get married, it’s cringeworthy and awkward while also being oddly endearing. That’s the perfect sweet spot for Cage, who has had some odd, awkward weddings of his own to draw from.

4. Joe in the Bunny Suit Outside of Big Cat Rescue
This one harkens straight back to an essential moment in the Nicolas Cage filmography from “the Wicker Man.”

Clearly Nic is a master of manuevering in a heavy costume and will definitely go for broke when it comes to the over the top protesting of the original “Tiger King” moment.

3. The “Here, Kitty Kitty” Music Video
One of the absolute best moments of the entire show, Joe Exotic’s “Here, Kitty Kitty” song and music video has already entered the history books as one of the greatest diss tracks ever. If you thought the moment was insane when it was Joe Exotic and a Carole Baskin lookalike feeding her suspiciously disappeared husband to a tiger, just image a big-budget show with Nicolas Cage doing it. These are just two shots from the video and I can’t properly express to you just how excited I am to watch Nicolas Cage do this. 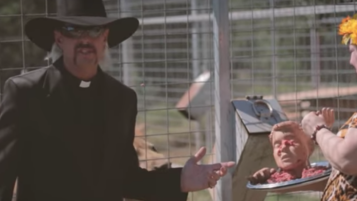 that Cage will for sure make iconic. 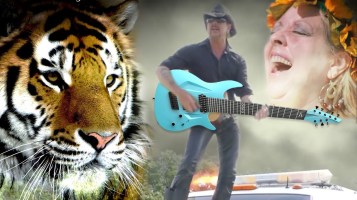 2. The Tiger Rips Off Saff’s Arm/All the Episodes of the ‘Joe Exotic TV’

Ok so I couldn’t decide between the two so we’re gonna cheat a bit and just make this two. Surprisingly, in this show about a ton of unprofessional animal experts and zookeepers, there’s only one mauling. Early on when employee Saff is mauled and eventually loses an arm, there’s a brief moment that became one of the show’s most iconic: Before calling 911 or anything, Exotic throws on an EMS jacket to take a look at the scene of the incident and to complain about how much money the accident is going to cost him. Really though I can’t wait to watch Cage in said EMS jacket walk around and tell visitors to the zoo, “So someone just got mauled, you can get a refund for the day if you’d like.”

Part two of this is Exotic’s internet show “JoeExoticTV” where he basically ranted and raved about how much he wants to kill Carole Baskin and how hard she makes his life. And if the thought of Nicolas Cage performing these rants with the manic energy that only he can manange, doesn’t have you ready to watch this show tomorrow, then there may not be anything that can convince you.

Watching it in the show was about as uncomfortable as could be. After Joe’s husband Travis dies in a horrific accident, Joe leads a funeral for Travis with his family and zoo staff in attendance. You would think that a funeral is the one event that would make Joe go a bit more subdued, you were dead ass wrong! Joe throws the preist outfit from the “Here, Kitty Kitty” music video back on and procedes to give the most insane eulogy I can ever remember hearing. To get to watch Cage say lines like “He loved his balls. If I was up late writing a letter to a congressman or something, he’d just come put his balls right in my face” is going to be almost too surreal for words.

While other actors were popular among fans, Nicolas Cage as Joe Exotic ultimately makes all the sense in the world. No matter how the show turns out, watching this performance will surely be something to remember. 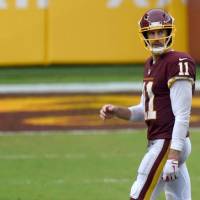 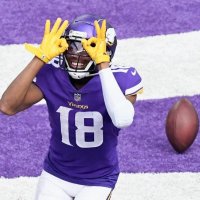 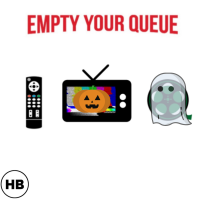 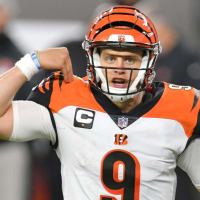