The NFL is back and so are we with our weekly fantasy football start ’em or sit ’ems. Like we used to, we’ll avoid using sure-fire starts (ie: Pat Mahomes, Lamar Jackson, Christian McCaffrey, etc…) and try to help you find those other players to help you fill out your roster and claim victory.

It’s hard to believe that the NFL season is here but after one of the longest offseasons imaginable, here we are. The NFL season kicked off Thursday and we’re staring down the barrel of the first full Sunday of NFL football. Luckily, we’re here with the tips you need to gain an early advantage in your fantasy football league.

– Philip Rivers – Sure, PhilRiv is going to a new team with 0 preseason games to gel with a new offense and limited practice time but, on the other side of the field, the Jacksonville Jaguars are doing just about everything they can to let the world know that they plan on losing as much as possible. They’ve traded away almost all their foundational defensive players over the last 12 months. Pair that with one of the strongest offensive lines Rivers has had and you have everything you need for a positive debut.

– Josh Allen – This is a tough one because there’s been a lot of offseason hype surrounding Allen and the Bills with Allen’s deep ball accuracy being a particular talking point that continues to linger. That said, the Jets are hardly world beaters on defense and the upside of Allen’s running ability if a play breaks down is too high to ignore, even in Week 1. You may want to wait a week or two before deploying Stefon Diggs, John Brown, or other Bills skill position players but Allen should be good to go.

– Dwayne Haskins Jr.- This is probably an unbelievable long shot but you know what? Why not. We’re glad to have football back and sometimes you gotta just take a chance. The Eagles did add Darius Slay Jr. in the offseason to improve their secondary and Washington will have a number of young/inexperienced players that they’ll be relying on but Ron Rivera’s system was great with Cam Newton in it and will probably equally benefit Haskins, a big, physical QB who can break tackles and launch the ball downfield with time.

– Carson Wentz – On the other side of the ball in that Washington vs Eagles game, Wentz is already dealing with a lingering bit of an injury, his receivers are already nursing injuries, and top RB Miles Sanders isn’t even making the trip for the game, IE it seems to be business as usual for the Eagles. Washington will also be unleashing #2 overall pick Chase Young on their new-look defense and he could easily make an immediate impact on the game.

– Tom Brady – It’s still weird seeing Tom in those orange Bucs jerseys and it’s going to be even weirder watching him run a Bruce Arians style offense that typically favors explosive plays over Brady’s surgical precision. The entire football watching world is interested in seeing how the two styles pair up AND Brady will likely be without top target Mike Evans, who is sidelined with a hamstring injury. I understand the appeal of throwing him out there and just seeing what happens but the Saints also low key have a pretty strong defense that is fully capable of taking advantage of a QB making his first start in a new system, even if it is Tom Brady.

– Sam Darnold – It’s hard not to feel really bad for this poor dude. Put in one of the worst situations in the league with Adam Gase as his head coach, he’s not really been surrounded by talent to work with and the players they have gotten have usually underperformed or gotten hurt. Darnold himself missed games last year with Mono, cutting the momentum he had begun to build for himself. The Bills are a team built on defense and the Jets don’t have the firepower to match up and exploit any holes they do happen to find throughout the game.

– Boston Scott – Gimme all the Boston Scott right now. They’ve declared that starting RB Miles Sander won’t even make the trip to Washington which puts Scott right in line for the bulk of the carries. He’ll also surely be involved in the passing game with the Eagles receivers a bit banged up already.

– Josh Jacobs – There’s a Luke Kuechly-sized hole in the Panthers defense that is going to be difficult for them to fill. Jacobs showed how tough he was last year in his rookie season and will look to continue that momentum. One thing that will be interesting to see will be if/how the Raiders use him as a pass catcher, something the team didn’t do enough with him last year.

– James Conner – He’s given fantasy managers headaches before with inconsistent games and tons of lingering injuries but against a weak Giants defense and with Big Ben back under center, Conner should have a strong start to his season.

– Nick Chubb – The Browns just signed Kareem Hunt to an extension and it’ll be interesting to see how new head coach Kevin Stefanski splits their touches. The Ravens also have a pretty formidable front seven, rescuing Calais Campbell this offseason and adding him to the mix. Stefanski’s former gig as OC for the Vikings leaned heavily on the run game so there’s a chance the touches are there but it’s a risky proposition.

– Le’Veon Bell – Bell and his head coach hate each other. Something has to give. Gase gets fired or Bell sits out and demands a trade. It’s not going to be too pretty and it’ll be tough to rely on Bell with teams quick to stack the box against them given their lack of depth at WR.

– Todd Gurley III – Making his Falcons debut, Gurley will have to square off with another strong Seahawks defense. We still don’t know just how healthy Gurley is after lingering knee issues last season caused the Rams to jettison him in the offseason. That combination makes him too big a risk to open the season with having seen minimal practices and no preseason.

– Jerry Jeudy – Again, Week 1, let’s get wild. Broncos main target Courtland Sutton will be out for this game, giving Jeudy a bigger chance to shine in his first game ever. The rookie has apparently been turning heads in training camp and could present a mismatch against a Titans’ secondary that’s a bit banged up.

– Tyler Boyd – AJ Green is finally back and will likely be shadowed by Chris Harris all day vs the Chargers. No one knows how rookie QB Joe Burrow is going to fare in his debut or how his calm, cool demeanor will translate to the NFL. That said, Boyd is a sure-handed, fast receiver that should give Burrow a good target.

– Marquise Brown – Analysts are already projecting Hollywood to become the Ravens’ equivalent of Tyreek Hill: a speedster that can burn just about anyone lined up across from him. Throw in that he added 23lbs of muscle this offseason, and that the Browns are going to be without multiple starting Safeties, Lamar is definitely going to be looking his way down field more than a few times.

– AJ Green – This will be his first game back in over 18 months coming off of foot/ankle injuries that kept him out the last few weeks two years ago and all of last season. There’s no way to project how he’s going to look now at 32 and he’ll also likely be blanketed by the Chargers’ best corner, Chris Harris.

– Sterling Shepard – He’s the top WR for the Giants but this Steelers defense isn’t going to be a joke. They almost dragged a lifeless Pittsburgh offense to the playoffs last season and will likely be even more excited to have an actual QB under center once again.

– Chris Herndon – It may seem crazy to pick a Jet but TE is a thin position anyways and Herndon flashed chemistry with Sam Darnold during his rookie season before injury cut it short. He may get like 12+ targets tomorrow against the Bills just solely on necessity.

– Darren Waller – He had a great season last year as the Raiders’ main option on offense and will look to build on it against a questionable Panthers defense.

– Dawson Knox – Again, the Jets defense is less than spectacular and will likely be an easy target for Josh Allen to use as a safety valve and in the red zone.

– Rob Gronkowski- It’s awesome to have Tom Brady & Rob Gronkowski back together in Tompa Bay but Gronk hasn’t played in a year and was hardly the monster he was during his peak the last time we saw him. Throw in Cameron Brate & OJ Howard on the depth chart and it’s more likely Gronk will be a blocker/red zone target against a stingy Saints defense.

– Zach Ertz- It’s never a good look when your top TE is publicly questioning if the team wants to keep him during contract negotiations leading up to this weekend.

– Bills – An injured Jets receiving core and lofty offseason expectations should push the Bills to come out as strong as possible.

– Colts – Gardner Minshew has talent and will likely make some plays with DJ Chark but there’s simply too little to be excited about with this Jags offense.

– Bears – This is risky but the Bears defense is always strong and the Lions will likely be without top target Kenny Golladay.

– Ravens – The Browns were one of only a small handful of teams to beat the Ravens in the regular season and I think there’s reason to believe that this will be a closer game than projected.

– 49ers – The Cardinals and 49ers played two extremely close, down to the wire games with Kyler Murray looking poised beyond his status as a rookie. Now throw in that the Cardinals have added Deandre Hopkins, one of the top 2-3 receivers in the league depending on who you’re arguing with, and this will be another close, divisional battle.*

* Due to the fires in Northern California, there is still a possibility that the 49ers/Cardinals game will be postponed due to terrible air quality. If you’re in the area please stay safe.

Good luck in Week 1, we’ll be back every week with more tips and advice to help you gain the edge you need to win your league! 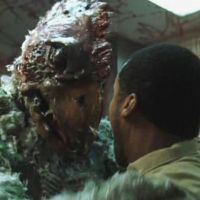